The scholarships have been given the Richard N. Davis title in honor of a past Board Chair of the Chamber and active community advocate. Richard Davis served in the US Air Force and worked for the Internal Revenue Service prior to opening his own company, Davis Management Services, in Winston-Salem. Throughout his career, Mr. Davis was active in several civic and nonprofit organizations including the Winston Salem Chamber, United Way of Forsyth County, Winston-Salem Arts Council, the City of Winston-Salem and Forsyth County governments, and more. 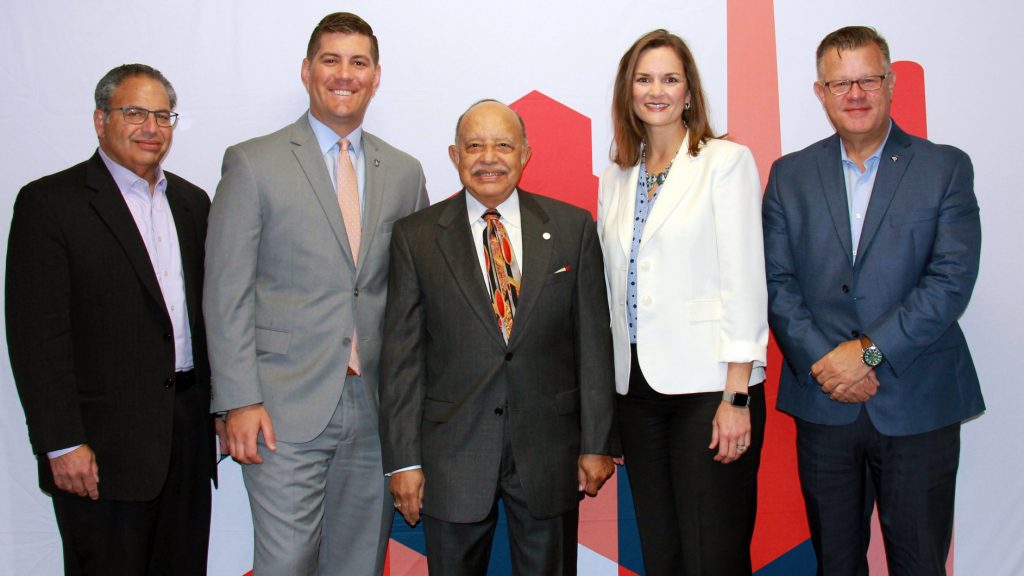 Mark Owens, Chamber President and CEO, says “Richard is an outstanding community leader and the Chamber is honored to recognize his achievements through the naming of this scholarship. The Chamber’s commitment to supporting minority and women-owned businesses is a top priority which helps the community and the economy thrive. This scholarship will help us to provide more resources that are targeted towards the needs of minority and women-owned businesses.”

Richard Davis, now retired, says “I am honored to be recognized with this scholarship. During my career, the Chamber helped me to grow and succeed in business, and I know that it will do the same for the recipients of the scholarship.”

Funding for the scholarships is supported by Wake Forest University, a long-time partner in the Chamber’s minority business development efforts.